NIPT is a blood test performed on pregnant women to screen for chromosomal abnormalities in the baby.  It can be performed any time after 10 weeks of pregnancy. The test relies on the release of small amounts of the baby’s DNA into the mother’s circulation via the placenta.  This means it is highly accurate, with […] Group B Streptococcus is a bacteria that is present in the vaginal or bowel flora in approximately 15% of women. Most women will not have any symptoms, however GBS can be significant for women in labour. GBS Risk factors: Preterm labour Maternal fever > 37.5 degrees Ruptured membranes > 18 hours Chorioamnionitis (infection in the […] Induction of labour is the process where contractions are initiated to simulate labour. Inductions are common, occurring in 20 – 25% of all pregnancies.  Some of the most common reasons for induction of labour include: When your baby is overdue Medical conditions such as high blood pressure (pre-eclampsia) or diabetes Concern for baby’s health (when […] 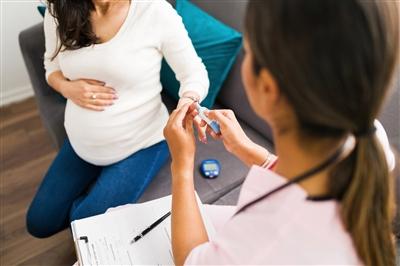 Pelvic instability is a common condition in pregnancy, generally occurring in the latter half of pregnancy. It is characterised by sharp, shooting pain either in the pubic area, hip joint or lower back. In some women it can be quite debilitating leading to difficulty walking and sometimes requiring crutches in severe cases. It is often […] One of the most commonly asked questions at the first visit is ‘can I exercise in pregnancy and what exercise can I do?’. My first response is ‘what exercise would you normally do when you are not pregnant?’ Some factors that are important is the stage of pregnancy that you are at. Generally, in the […] Slinda (Drospirenone) is a new progesterone only oral contraceptive pill which was released onto the Australian market last week. What’s so special about Slinda? Prior to last week there was only one other progesterone only pill available on the market called Microlut (Levonorgestrel) which has been available for many years. Microlut has the problem of […] The good news is that over 120,000 pregnant women in USA have received either Pfizer or Moderna vaccines In Australia there are currently 2 vaccines approved for use – Astra Zeneca – a viral vector vaccine Pfizer – an mRNA vaccine Soon to be Moderna – an MRNA vaccine The current advice from RANZOG and […]